James was Running some disk performance tests to compare The Imation to the Crucial Solid State Drives. Included for comparison was a standard Seagate Momentous Laptop Hard drive.

The first test was preformed using MS Windows perfmon utility (perfmon.msc). The average read and write speeds were compared during a file copy operation. The file was fixed and large enough to "smear" out any small deviations, due to operating system (or other extraneous) activity. This comparison utilized the windows file system, and copied from the operating systems disk. The results were there fore some what limited, and accordingly showed no difference between disks. 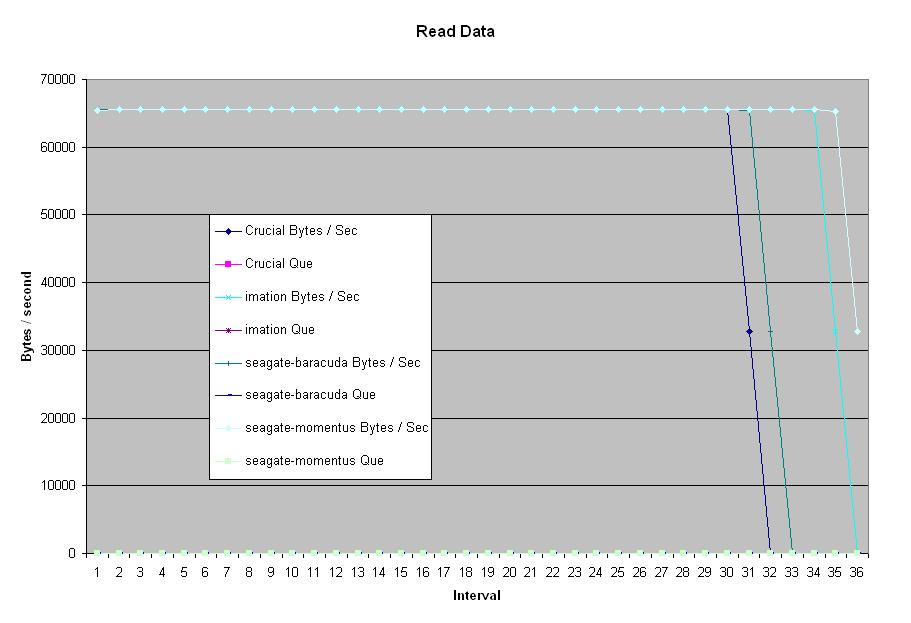 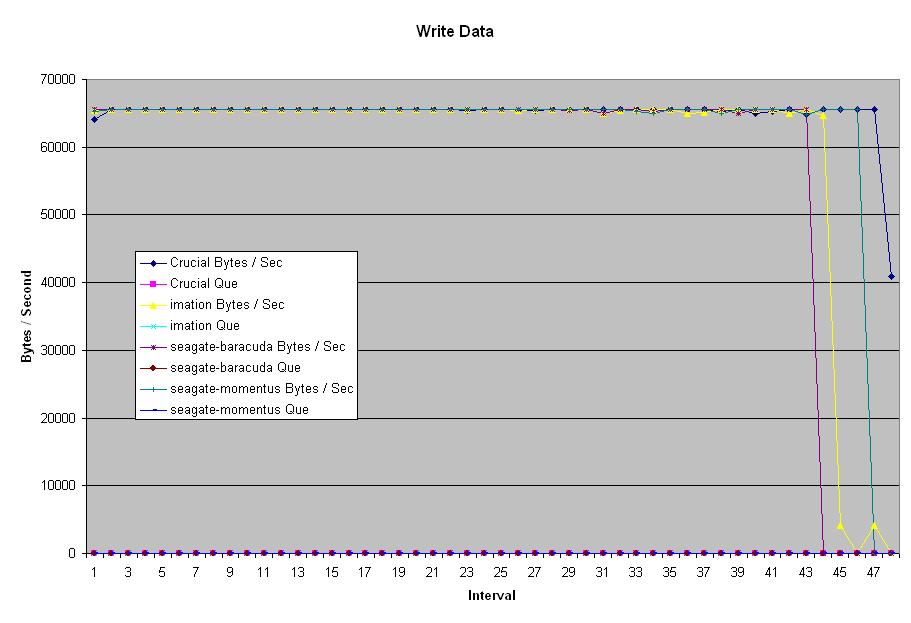 This metric was insufficient, so we turned to the SisSoft Sandra Suite of utilities (​http://www.sisoftware.net). This suite had a disk performance utility that directly measured disk performance, and circumvented the file system. It results should be deemed more reliable. There is a distinct difference between the Imation and Crucial Disk, in both reading and writing capabilities. Oddly enough the Imation disks is a little better in its write speed, however the Crucial disk is significantly faster at reading (even out preforming standard high speed disks). The most notable feature of both disks is the consistent data rate across all sectors of the disk. This is due to the fact that there is no radial spinning platter, and as such all sectors are essentially equal. In the charts this shows up as having a consistent throughput at any disk "speed". 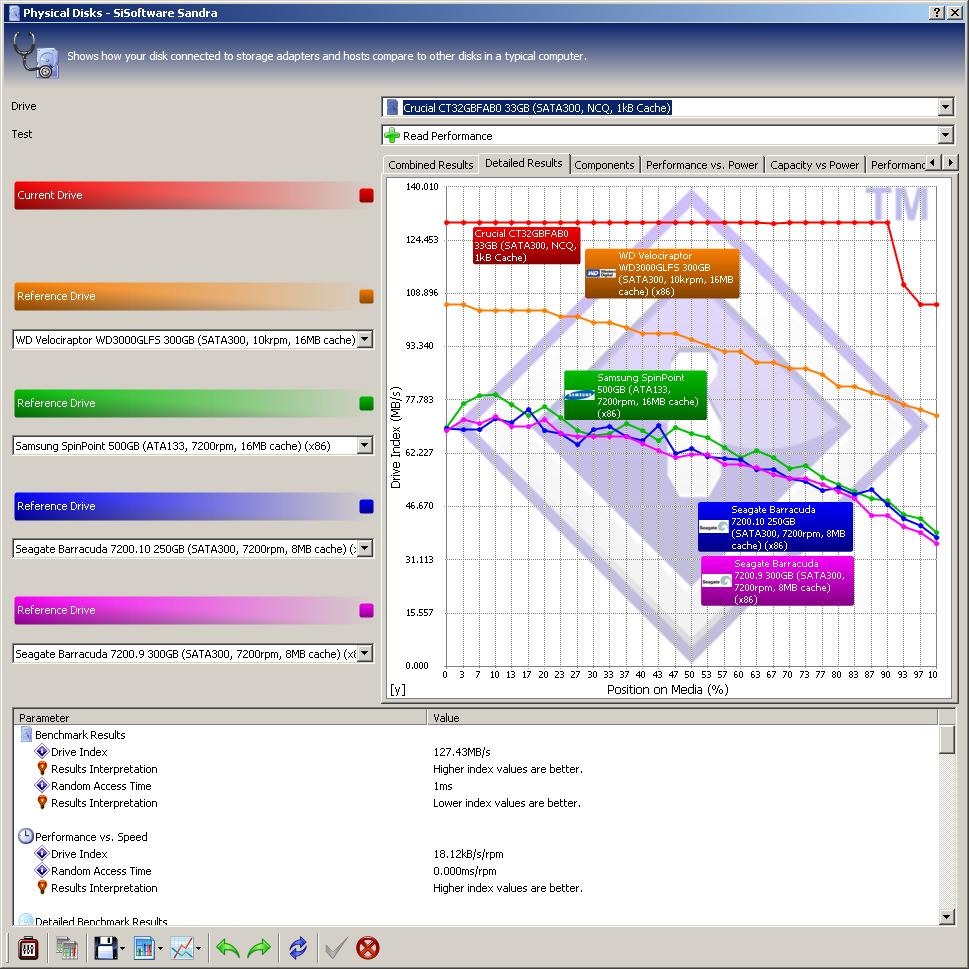 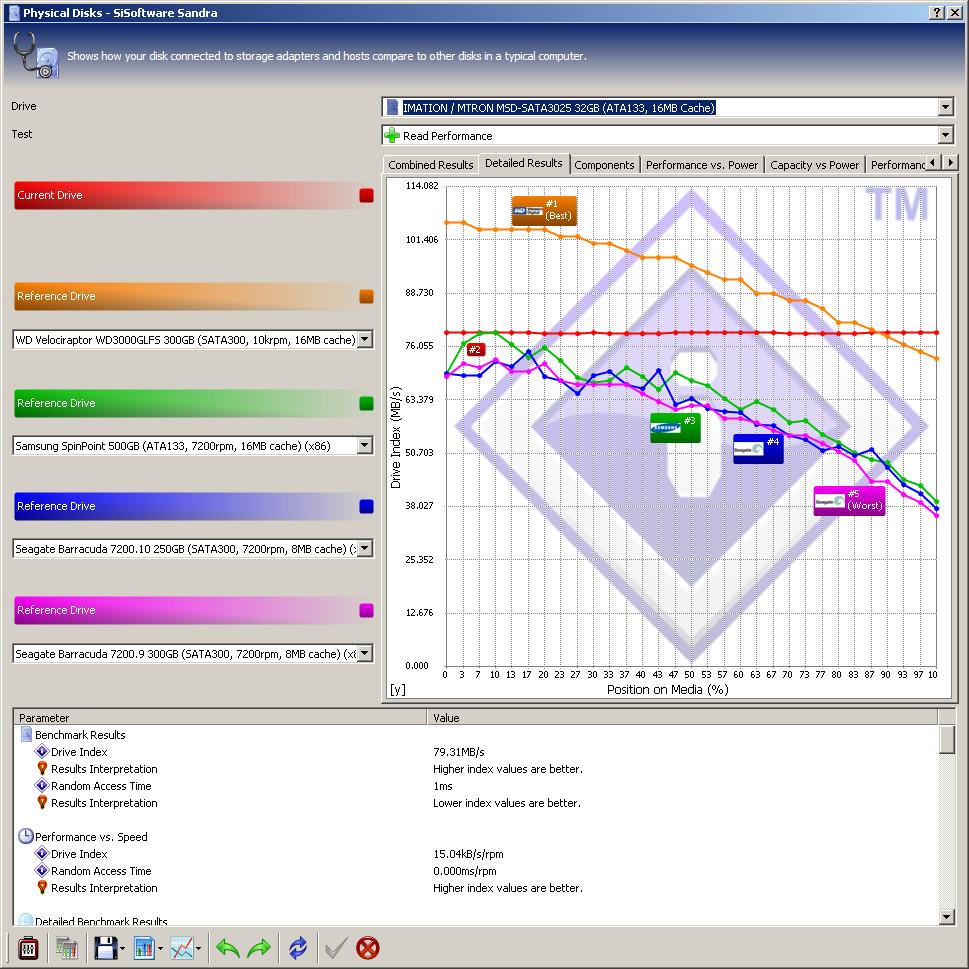 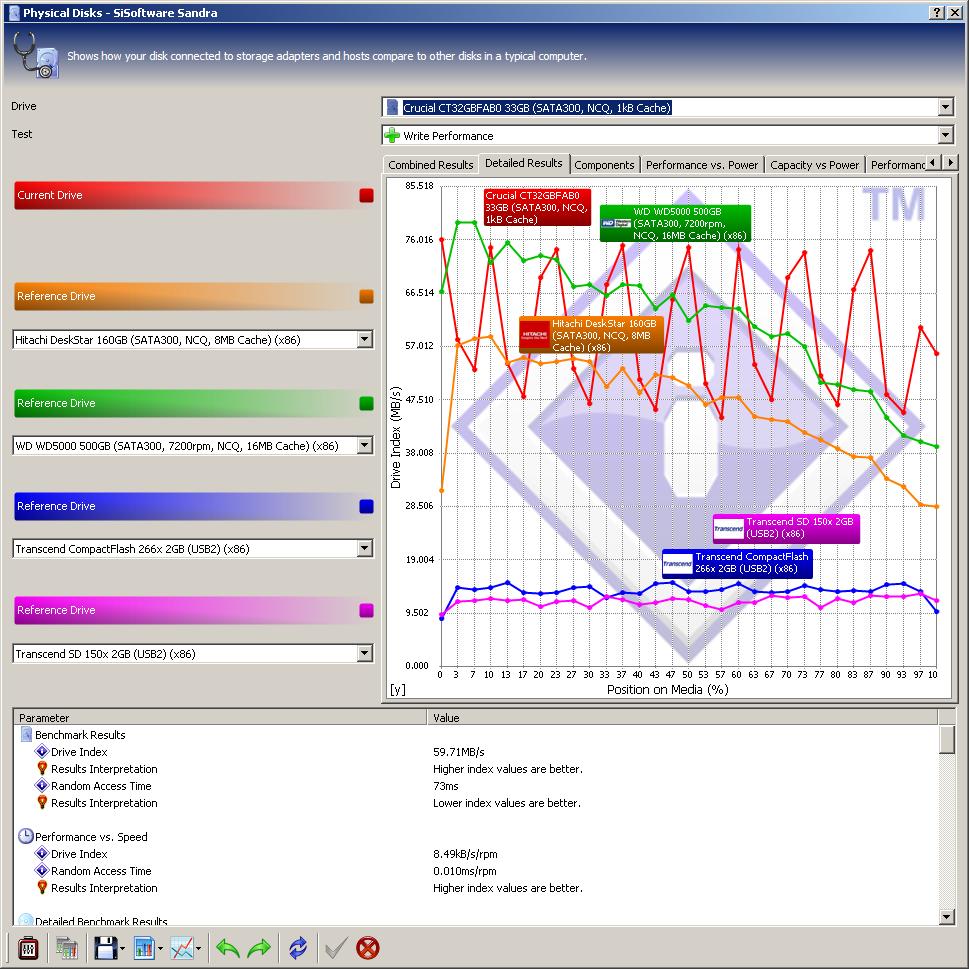 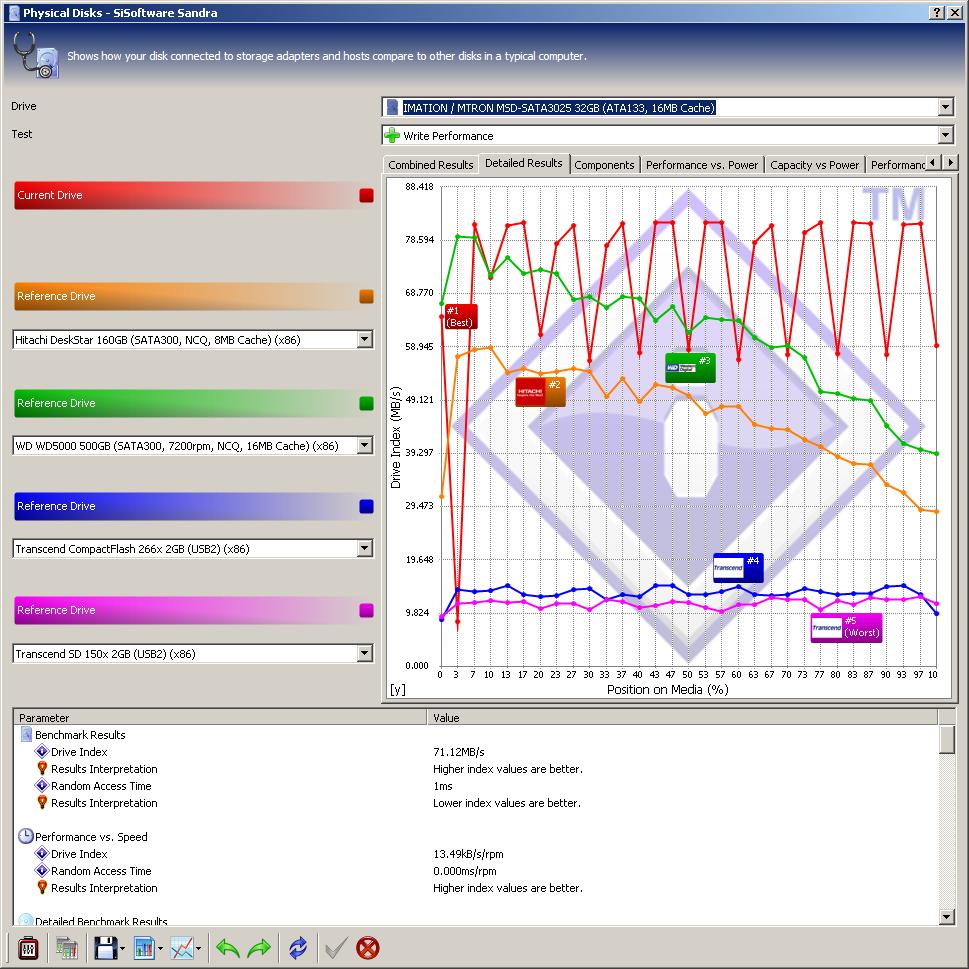 The Red lines are the tested disks, and the other colors are standard disks for comparison. The results heavily favor the crucial disk. While the Imation disk has a slight advantage in writing speed, the Crucial has a great advantage in reading. Assuming we're going to be imageing and booting off these disks regularly, the overall process should see a shorter time to reach a usefull state if we use Crucial disks.