The methodology I propose for deriving some meaningful scenarios to evaluate potential effects of coexistence and solutions in this space is as follows:

Aiming for above methodology, I first collected the following (non-exhaustive and more or less random) collection of radio technologies we might consider in a coexistence study. Feel free to add and/or correct as necessary.

The following figure is a visual representation of the first order derivate of most of the items detailed in the table (borrowed from a ZIGBEE Alliance Presentation). 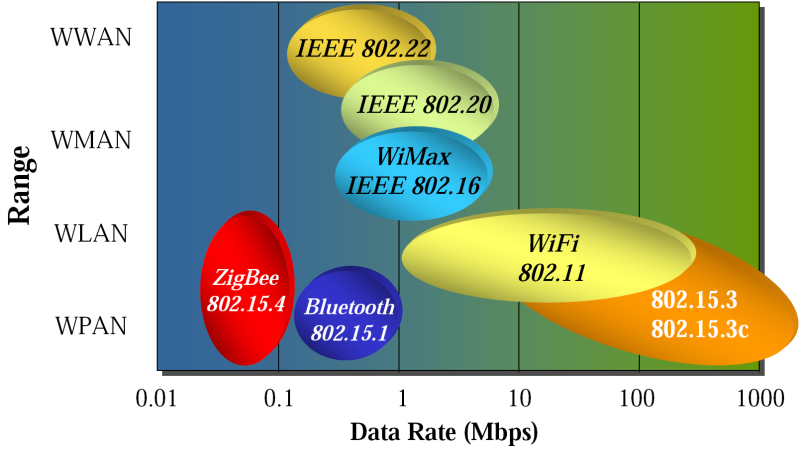 What follows is my first attempt to create the scenario for the SOHO/Small Enterprise habitat. I had an office of about ~20 active people working in a semi partitioned space, size being not much different than the ORBIT grid room. I have picked this following floorplan, which I though to be typical, and started throwing radios on to the locations I deemed appropriate. I think of this floorplan having a main conference room (a very active one, on the left, middle) and another smaller meeting room (far upper corner). Boss has a room on the right bottom corner, with frequent visitors, and the rest of the staff resides in the cubical spaces and the lab spaces on the center and rightmost side of the floorplan. Also, there are some support rooms (kitchen, copier, cabinet, mail room etc.) other than the ones I mentioned. 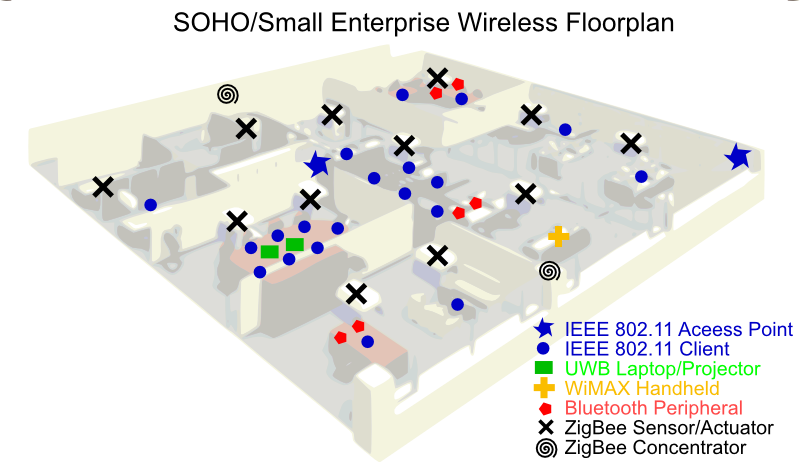 Before going any further with this approach for the other two scenarios, I would like to stop and ask for feedback on everything I have said so far.

We can focus on the SOHO scenario, as most of Intel's interest may be laptop/handheld-related wireless products. As we have discussed earlier, the interference for multi-radio devices/networks are either inter-device or intra-device, and the latter problem is a better matching to this project. So I think we can clarify our near-term goal for the first stage of this project: 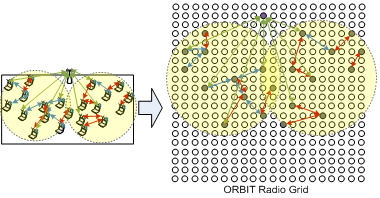 Let's narrow down the scenarios and techniques to be used which are appropriate for a setup using experiments on ORBIT. We can make step by step progress starting with a small setup, some measurements and reporting on per-node study and network-wide study.