The boot up sequence of testbed

The figure below explains the interactive procedure among Orbit nodes, CMC and Console/Service after commands like "omf load [1,2] baseline-7.11.ndz" is executed. This command will turn on a node and load specified Frisbee image to the hard driver of the node. The detail is explained below. 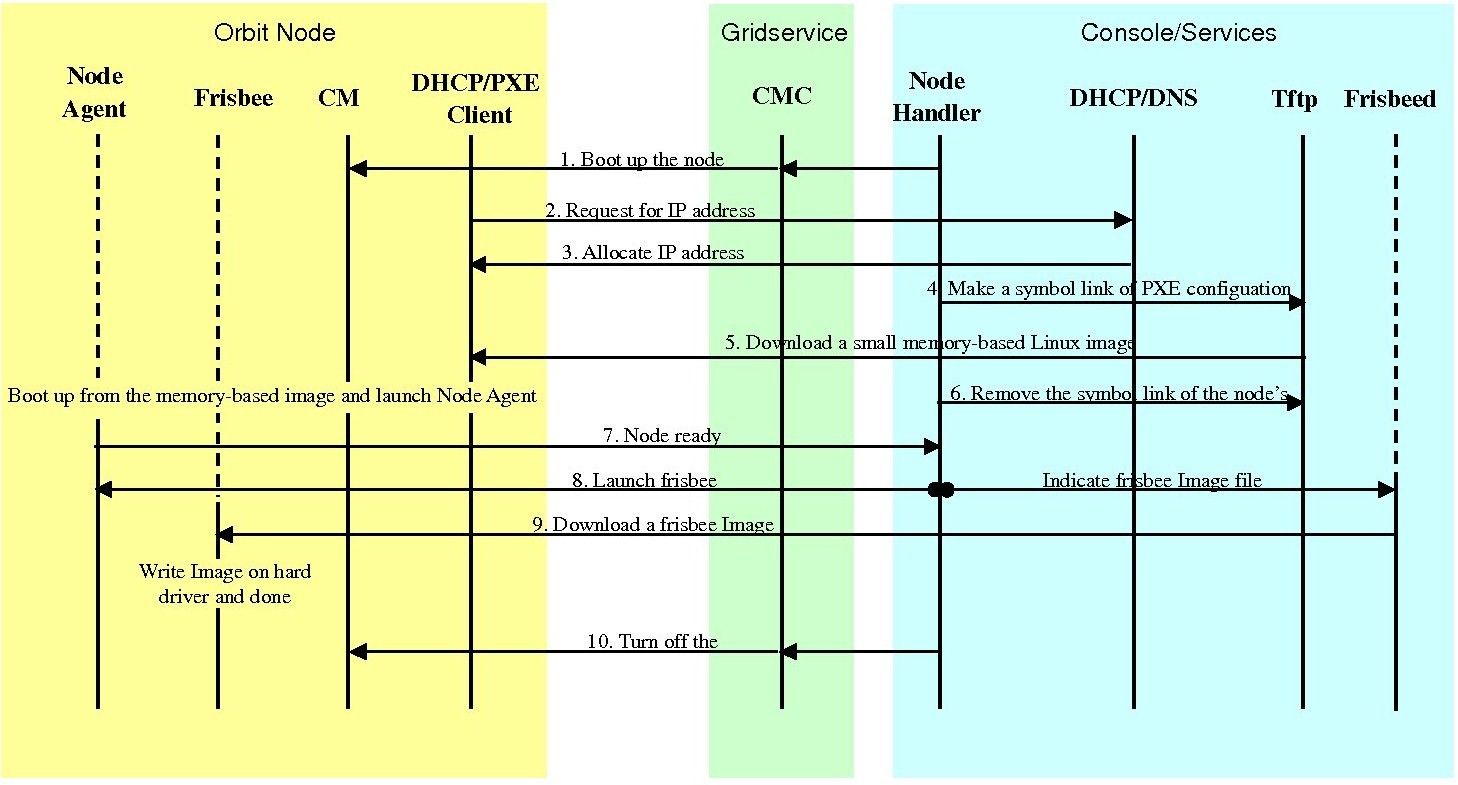