The rabbit is controlled thought the web interface described in the general operations page, which will in turn adjust the level of attenuation in each one of the four digital attenuators. Each attenuator pair can be adjusted in increments of 1dB between the ranges of 40db and 101db. The attenuator pairs themselves have a range of 0db to 61db and with the addition of two 10db attenuators and the various losses from connections the resultant attenuation is approximately 40dB lower.

the following image is the response of the attenuator box between 2GHz and 6GHz. For more detailed PDF files of the full range and the highlighted ranges of interest PDFs may be found at the bottom of the page 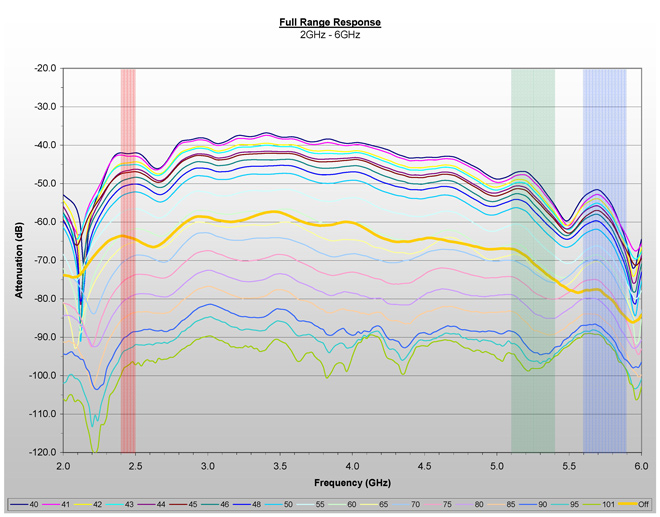